Stevie Wonder: Obama's Approval Down Because ‘People Are Afraid of Change' 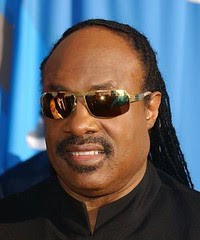 Well it seems more and more Americans are less happy with President Obama than before. His approval numbers continue to tank and this has the left scrambling to find excuses for it. The latest highly trained political scientist to chime in is Stevie Wonder. I was being sarcastic about the highly trained thing.

I really admire Wonder as an artist. His music has been an inspiration to me at many different points of my life. Many of his songs have made my short list of favorite tunes. BUT I do not believe his status as mega music star gives him any more insight on U.S. politics than anyone else. So why is everybody hanging on his every word about how Obama's declining approval rating is because people are afraid of change?

“I think as far as his [Obama’s] popularity decreasing, I think it’s because people are so used to, they’re so afraid of change and I think you have politics playing too much a role in what should be a natural, given that health care in this country needs to be improved and that’s just a reality,” Wonder told CNSNews.com in an exclusive interview.

And all this time I thought the reason President Obama was elected was because people were embracing change. How do you install a President based on change and then disapprove of him for the same reason? Maybe people disapprove of him in ever increasing numbers because his flawed vision of healthcare reform is just a bad idea? I guess Mr. Obama isn't the sunshine of everybody's life.
Posted by Dane Bramage at 6:45 PM 2 comments: