Cynthia McKinney is a special kind of stupid in my opinion. Think about it. She was a democrat and they hung her out to dry. then she joined the Green Party. So what Green Party doctrine promotes aid to the Palestinians? You probably heard about McKinney's boating incident. She was carrying aid to the Gaza Strip. She was doing it with the help of the Free Gaza Movement. She wants President-Elect Obama to denounce Isreal in the strongest possible terms.

I think the loss of her seat in congress has rattled her brain. She doesn't handle her insignificance very well and is prone to act out these bizarre impulses in search for relevance. It's not working Cindy. But Thanks to Mike Lester we know what to do the next time we need a clown to do something stupid.

14Therefore the Lord himself shall give you a sign; Behold, a virgin shall conceive, and bear a son, and shall call his name Immanuel.

I wish everyone a Merry Christmas and remember that Jesus is the reason for the season. I encourage everyone to take time today and reflect on the precious gift we received from God., His only begotten Son. And then reflect on the wonderful gift Jesus gives to each of us. Salvation to all who ask.  Have a wonderful Christmas! 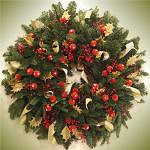 Blogged with the Flock Browser
Posted by Dane Bramage at 12:07 PM No comments:

When I took my hiatus back in the Summer, I stopped participating in the Thursday Thirteen. When I started up blogging again I couldn't find the time needed to do the meme on a weekly basis. I told myself that I would start fresh and anew in 2009. Well it seems that the T13 people have decided they will no longer maintain the meme hub. So after 175 weeks, Thursday Thirteen has come to an official end. It may be possible that someone else may step up and take over the duties, after all the people who ran it recently took it over from the original founder. If that happens then I will no doubt start participating in 2009 like I planned. If not I have over 80 posts of lists of 13s in my archive. some were a lot of fun.  Click on the Thursday Thirteen label to see them.

Well a jury has convicted five muslims of plotting to kill U.S. soldiers at Fort Dix. The jury deliberated for six days before reaching the guilty verdict.

The yearlong investigation began after a clerk at a Circuit City store told the FBI that some customers had asked him to transfer onto DVD some video footage of them firing assault weapons and screaming about jihad.

The FBI then used two informants to infiltrate the gang and gather information. The defendant's lawyers, muslims and liberals are all screaming entrapment. They believe the government created the conspiracy with their informants. The five defendants bought guns and went to Pennsylvania to train. They also purchased and watched "inspirational" jihad videos. Muslims leaders insist that the men were just joking.

"I don't think they actually mean to do anything," said Mohamed Younes, president of the American Muslim Union. "I think they were acting stupid, like they thought the whole thing was a joke."


Overall this article from AP plays up the role of the FBI informants and points out the overall general failure of the U.S. to prosecute domestic terrorists in other cases. It is obvious who they are rooting for quoting one of the defendants' mother telling everyone what a good boy her son and his friends are. Maybe the jury didn't buy it seeing how willing the good ole Muslim boys were to consider killing U.S. soldiers even as a joke. 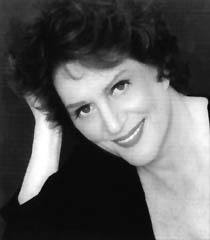 Majel Roddenberry passed away today. While every trekker knows of her work in ST:TOS, ST:TNG, ST:DS9, ST:V, she was also involved in getting other Roddenberry projects to television. And she was genuinely a nice lady. I had the privilege of meeting and talking to her in person a few years back when she was the guest of honor at the Gen Con Game Fair. She walked right up to us while we were siting in the atrium of the Hyatt and asked us about the game we were playing. We talked for several minutes before she moved on. Very friendly.

The story says she passed away from leukemia.  Please pray for her family.

Is There Anything On The News But Shoes?

For two days now I have heard nothing but "Bush Dodges Shoes". The media seems to delight in repeating the scene and pointing out the fact that it is an Arab insult. And if you listened to the news you'd swear that every Iraqi hates Bush and would like to bury him under a pile of footwear. I know that is not the case but it is just another shining example of anti- Bush bias.

It really trips my gag reflex to see the MSM fall all over themselves trying to besmirch the last days of Bush in preparation for the crowning of the Obamessiah. It is petty and disgraceful and totally expected.
Posted by Dane Bramage at 4:26 PM No comments:

I haven't said much of anything since the election. I attribute that to being so disappointed in the whole election and being really busy with other things.

I have been watching with interest the situation in Georgia (the state) and Minnesota. I can't shake this unclean feeling whenever I think about some of the political contests that took place and are still going on. Eww.

The thing that I watch with most interest is Obama's choices for his cabinet. Most are old Clinton cronies, a fact that has the President-elect taking criticism. So I want to ask all the voters for "CHANGE" if they feel they are getting what they voted for? Or do they feel like they are setting up for Clinton Term 3? I find it ironic that Obama says he needs to call on people with political experience. Obviously since he has none of his own.

Finally I have one last thing to say about Obama's eligibility to be POTUS. If he is a natural born citizen of the U.S. than why did he have his COLB sealed? Doesn't seem like the sort of activity a person aspiring to the highest office in the land would engage in. If he is NOT eleigible and he knows it, how will he reconcile his oath as President of the United States to uphold the constituion?  Again eww.

Posted by Dane Bramage at 7:22 PM No comments: