Obama's efforts failed as McCain-Feingold is overturned, Scott Brown is elected, and Health reform is killed. Insert your own joke about a Hot Rod here... When asked to comment the late entertainer said "Brains....BRAAAAIIIINS......! Book also says pontiff handcuffed himself and was fond of latex clothing. Obama reassures world that Pelosi was born here. 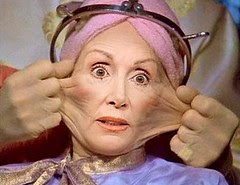 Police come under fire for using non-standard law enforcement weapons. Why does no one consider if Abortion is murder? Republicans ask that the bill be given the same treatment the average American would receive under the bill and pull the plug!

That's all for now. Check back again for more headliney goodness.