I Can't Wait For The Superbowl!

I can't wait for the Superbowl this Sunday. Honestly I couldn't tell you who was playing or what kind of seasons each team had. My interest in pro football is usually confined to whether the Browns beat Pittsburgh and Baltimore. Beyond that it trails off significantly. 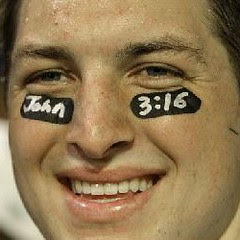 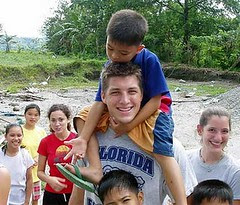 No my interest in the the Superbowl, keen enough for me to TiVo it, concerns the Superbowl Ads. Every year, I go online after the game and view the ads and many of them are quite clever. But this year I will record them just to catch a single ad. And ad that has stirred up much controversy and is causing liberal women's groups' collective heads to explode. I am talking about Focus on the Family's ad featuring Tim Tebow and his courageous mom who will tell how she, despite recommendations from her doctor to abort Tim for her own health's sake, decided to carry her now famous son to term. This act of pro choice (she chose life) has got NOW in a lather. They have denounced the ad, without even seeing it, as devisive and hurtful to women. The fact that this ad has all these whiny liberal pro-abortion types crying foul only makes me want to see it that much more. The reaction only shows the hypocrisy of "pro-choice". Mrs. Tebow chose life and apparantly she is NOT allowed to speak of her choice because according to the National Organization of Women she didn't choose correctly. And her wrong choice will divde American women who watch it during the Superbowl.

The only way that makes sense is that NOW and PP are afraid that women moved by Mrs. Tebow's testimony may choose life. And while rational thinking human beings still regard this as a choice, NOW doesn't. To them the only choice is murder. And they are so determined that no other point of view be heard that they have petitioned and threatened CBS about airing the ad.

Did I mention that Mrs. Tebow and her son are both Christians? And that Tim has a testimony of being celebate and is waiting until he gets married before having sex? He also puts Bible verses in his eye black during football games? To me that explains the intensity of the hatred and venom of those opposing him and the ad that will air this Sunday.  I can't wait.
Posted by Dane Bramage at 6:19 PM